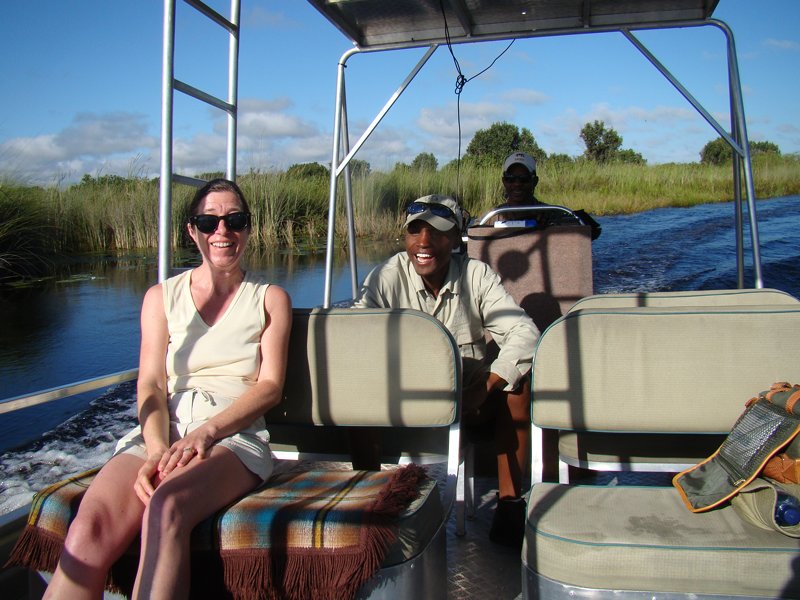 Exploring the delta by motorboat

Apart from walking the other way to get really close to nature is by boat. After all if it wasn’t for the water there wouldn’t be an Okavango Delta. This is not the best way to see animals but you may be lucky and capture on camera an elephant crossing a channel, small herbivores in herds on the bank and of course hippos and crocodiles. This is the best way to see many water based birds, kingfishers, fish eagles and herons to mention just a few. Also the scenery is stunning. There are two ways to experience the channels in the Delta. One is by motorboat. These craft hold up to ten people and proceed at a reasonable speed through the channels and across the lagoons. Speed has to be controlled to avoid damage to the banks. Places where these boats can go depend upon the water levels. They can also carry a picnic and of course a cool box. This is an excellent opportunity to stop and try your hand at fishing. 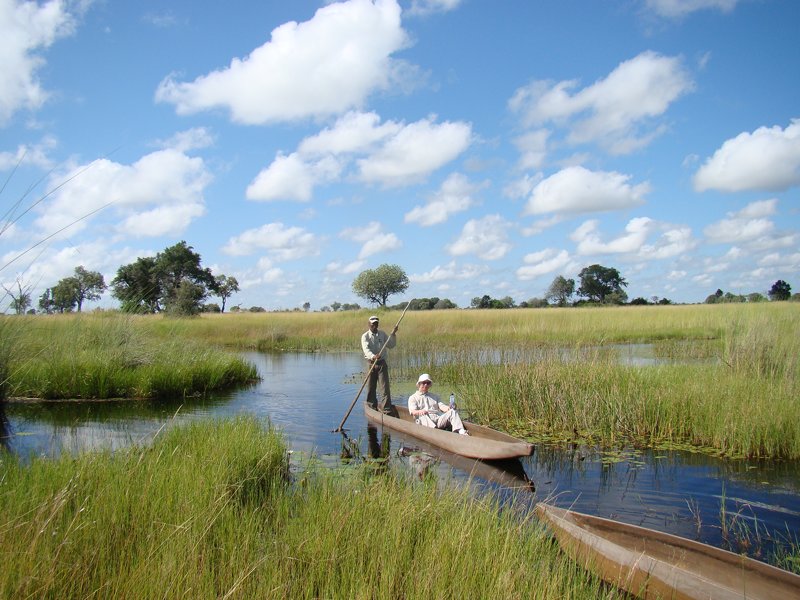 A far more sedate and relaxing way of travelling is by mokoro. These traditional dugout canoes have been used by the tribes of Okovanga to hunt or trade for centuries. Some journeys would take days. Traditionally they were made of jackalberry, sausage tree and kiat wood hollowed out by hatchet and fire. Wood not to use is from the leadwood tree, the moroko will sink! In the interests of tree preservation they are now made of fibreglass. They are however almost identical and just as tricky to operate. They are propelled by a ‘poler’ standing in the stern and pushing the boat along with a long pole on the bottom just like punting. This sedate speed ensures that you see everything. As you glide through the lilies you observe frogs, fish, spiders, birds and their nests. One hopes not to see a hippo as this is the biggest danger with this activity but the polers keep a good lookout and will try to avoid any excitement. 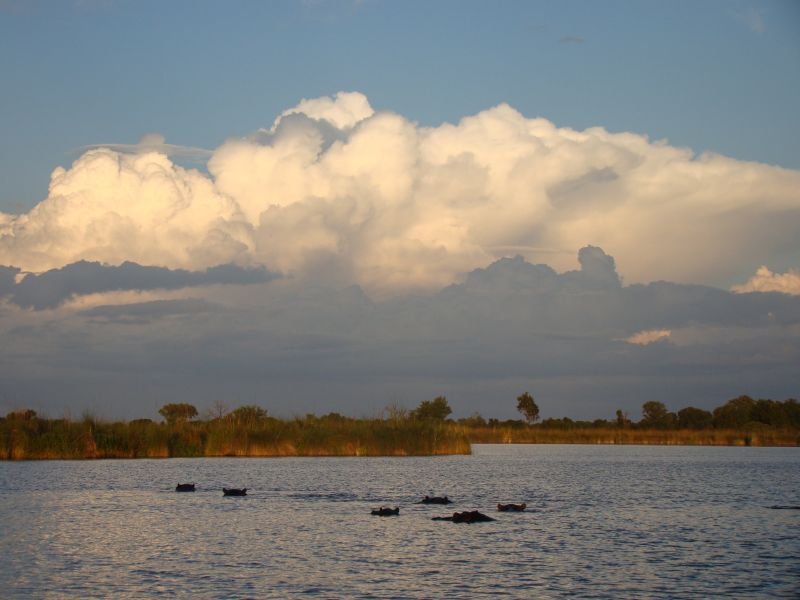 A pod of hippos in the hippo pool

It is nice to go there late afternoon especially as it is a good fishing area. Casting your bait from the boat with a gin and tonic on the side is a civilised way to fish. There are 243 species of freshwater fish recorded so far in Southern Africa, some weigh up to 55 kg. I think they purposely always supply me with the wrong bait!

After watching the sun setting across the lagoon you work your way back up the channels swooping around the tight corners by the light of spot lamps. 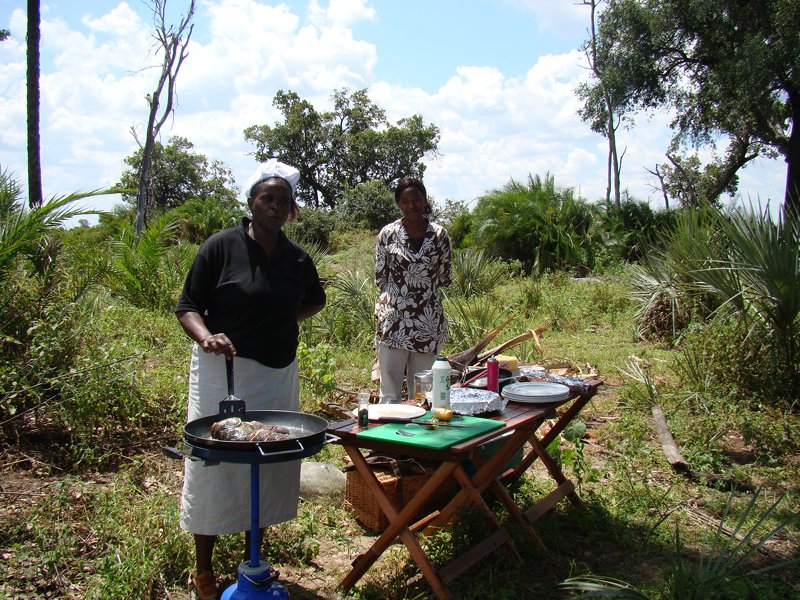 In the 1750's Southern Africa experienced a period of major disruption as trading and raiding for cattle, ivory and slaves resulted in war and migration. By the 1840's new organised states controlled by Chiefs or Kings had been formed, called the Tswana states.

The first king of Botswana was Khama the Great, who was baptised by Dr David Livingstone and consequently helped to change the customs and beliefs of his people. At this time roads were being built which brought trade benefits, but also brought with them Boer trekkers from the south.

By the 1850's the Batswana leaders in Botswana were starting to feel threatened by the Boers, who had been left alone by the colonial countries to farm the Transvaal area of South Africa. Their appeals to Great Britain for protection fell on deaf ears as the British could see no threat to their own interests. Fortunately for the Batswana in 1884 Germany annexed South West Africa (Namibia) causing alarm bells to start ringing with the British; fearing that if the Germans linked up with the Boers they could block all access to the African interior from the British. Thus, in 1885 the British finally granted the protection they had been asking for, and so Botswana became the British Protectorate of Bechuanaland.