From the Land to the Water

On this morning we went to a different part of the concession that hadn’t suffered from the bushfire. We hadn’t gone far when we came across a herd of buffalo (Syncerus caffer). A large bull may weigh 800 kg and stands 1.4 metres at the shoulders. The cow is about 15% smaller. Their main predators are the lion and occasionally a large crocodile may grab them when they are drinking. They have the reputation of being the most dangerous animal in Africa. So is it the hippo or the buffalo? In actual fact as a herd they are fairly shy but when attacked will fight back ferociously and together can kick a lion to death. It is a lone male bull that is the most dangerous when you are on foot. On this occasion our guides were surprised how close we could get to them in the vehicle by approaching down wind. 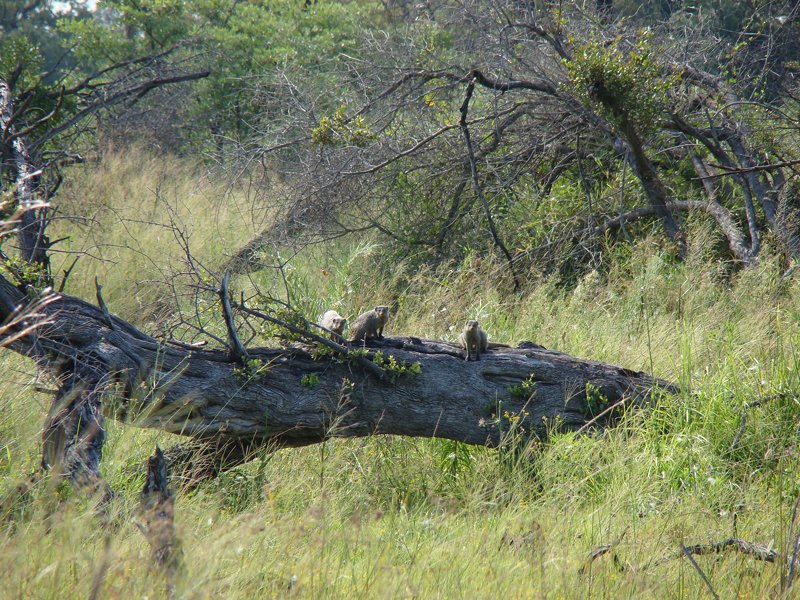 As we moved on we saw a disturbance on a dead tree trunk below a termite mound. Running along it were a troop of mongooses. There are 14 species of mongoose in Southern Africa. These were the banded mongoose (Mungos mungo). 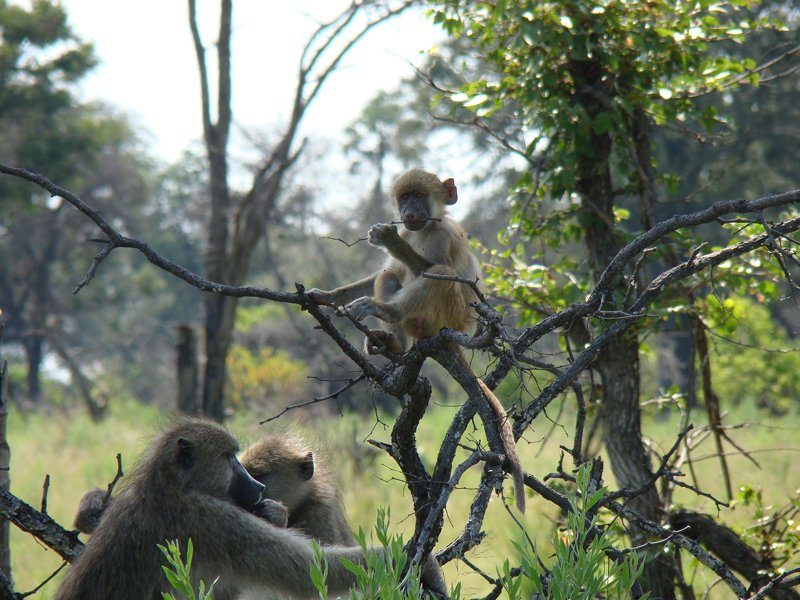 They can become fairly tame and be seen foraging around camps. You can find troops of up to 40 at a time. They didn’t seem frightened of us, more curious than anything. Just outside the camp on the way back for lunch we came across a troop of baboons with a youngster. His tree climbing skills still needed a little honing but as he was practicing on the beginner’s branches his frequent falls were insignificant. 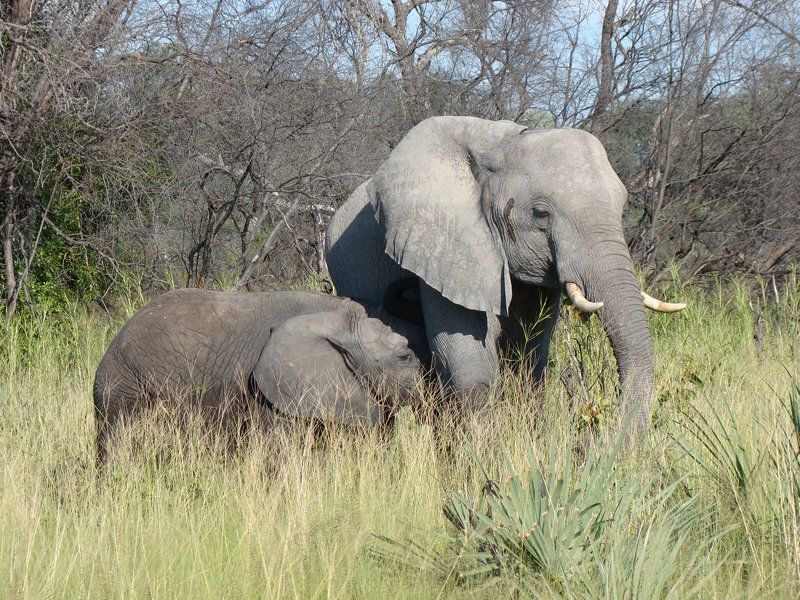 We had done the land for the day, now it was time for the water. After tea we drove to the boat station for an evening cruise. On our way we passed a herd of elephants with a calf suckling from its mother. 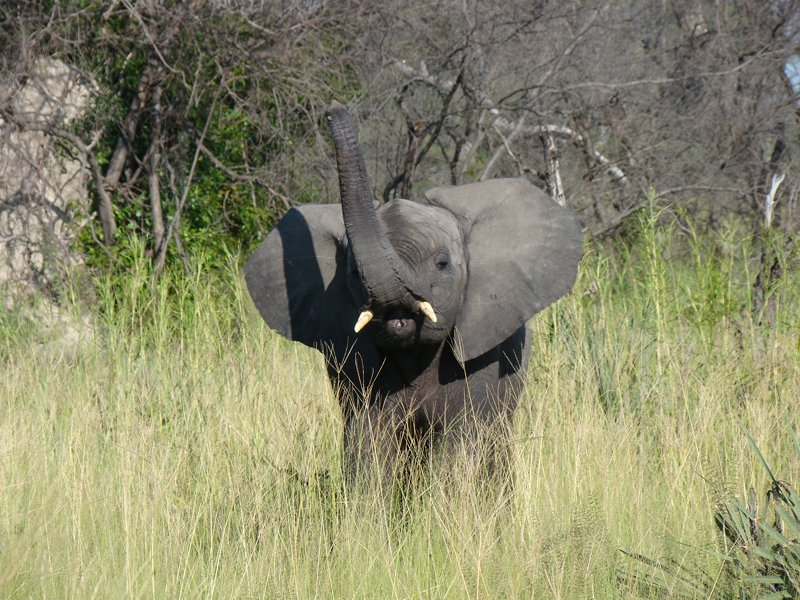 He was actually 18 months old but they suckle for up to two years. He then decided to show off his small tusks and complain at us invading his privacy. He made sure mum was very close though. This evening’s mission was to go fishing. We proceeded up a fairly wide channel in the motorboat until we got to a point where two channels met. Just as we approached an elephant waded across the channel in front of us. 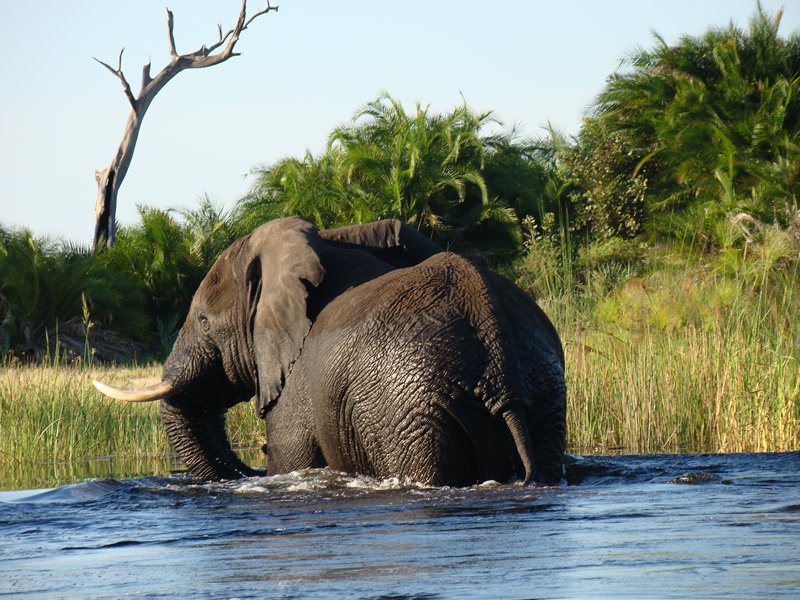 He clambered up onto the bank on the other side and shook himself dry. 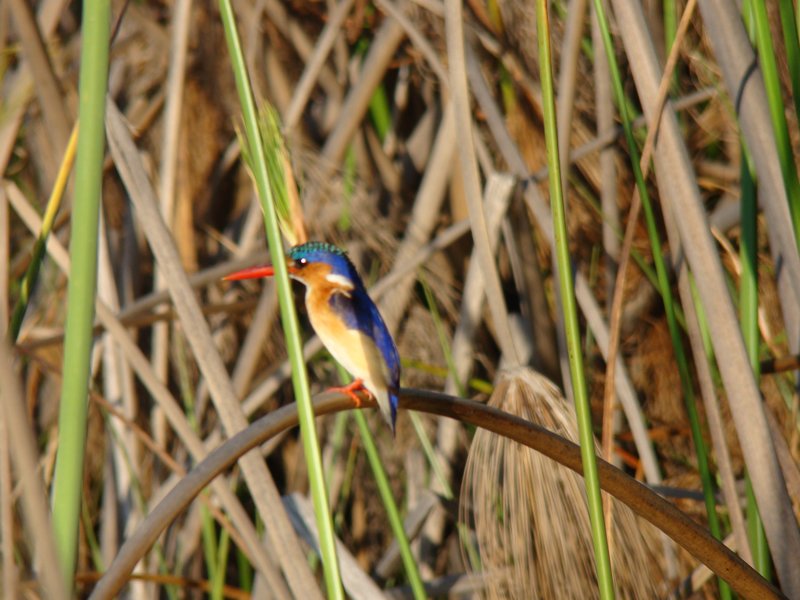 The bird life was incredible. A malachite kingfisher (Alcedo cristata) sat on a branch just long enough for us to photograph it. There are ten species of kingfisher in Southern Africa. Some are plunge-diving fishermen others just pluck their food from the ground. We had promised to take back lots of fish for dinner. This was probably a foolish boast. I was doing exactly the same as our guides. 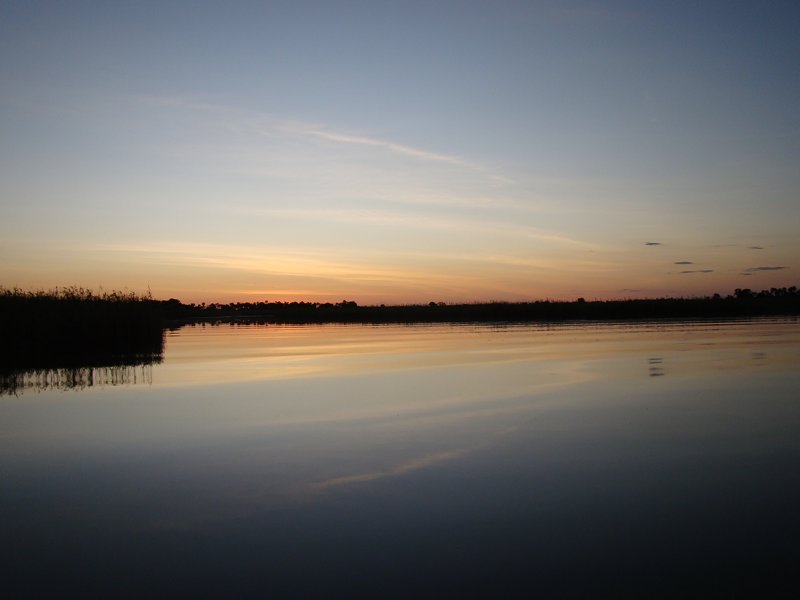 Sunset over the lagoon

If it hadn’t been for the crocs I would have plunge-dived myself, I am sure I would have stood a better chance of grabbing them underwater.

However, it was a wonderful sunset over the water as we cruised back with gin and tonics in hand.