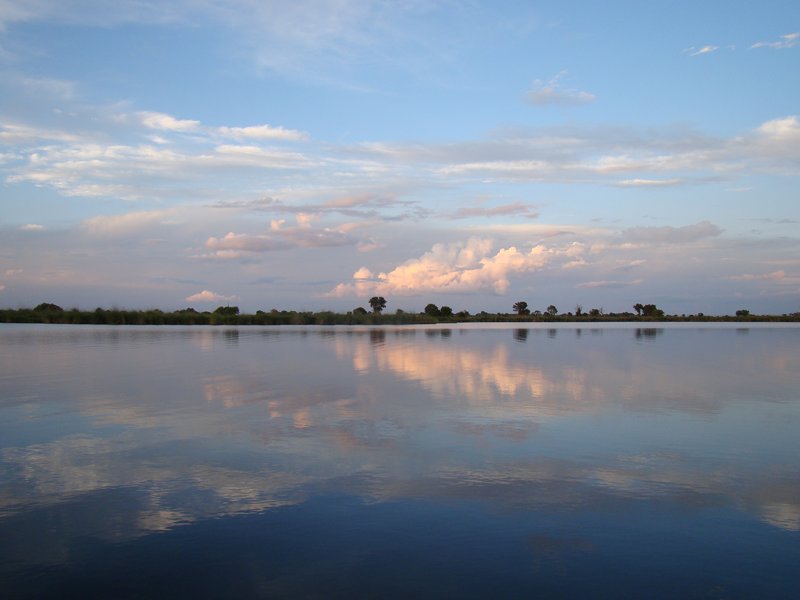 The formation of the Kalahari Desert is believed to have taken place 65 million years ago; the climate then was probably extremely arid resulting in erosion of the rocks thus forming vast quantities of sand. Four to five million years ago it is believed that the Okavango, Kwando and Zambezi rivers flowed from Angola into one large channel that travelled south through the Kalahari Desert and eventually to the sea. Then two to four million years ago seismic shifts caused some parts of southern and central Botswana to lift upwards. The result was a blockage to the flow of the rivers and the formation of a superlake. 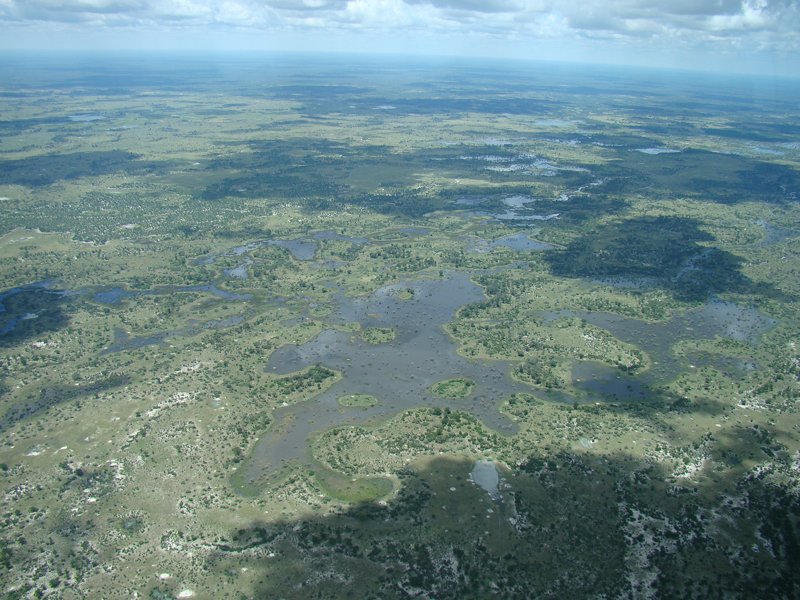 Aerial view of the Delta

Today’s Okavango Delta consists of three major components, which look like an outstretched hand. The wrist being the Pan-Handle, the palm permanent swamp and the fingers the channels of the seasonal swamp. The Pan-Handle is the area where the Okavango river enters Botswana and is channelled into a 15 km wide channel between two secondary faults. Here the floodwater peak is in March to April following the summer rains. Once the river crosses the northern Gomare Fault there is no channel to contain it and it splits into three main channels. The upper parts of these channels are permanently flooded and form the permanent swamp. Beyond this area is the seasonal swamp which is flooded between May and September. The floodwaters slowly make their way through the small channels with the downward gradient leading them to Maun; a 250 km journey of about four months duration.

The water revitalises the swamps and covers sandbanks. It overflows river channels and slowly raises the water levels in lagoons. Plants in these areas thrive again. The flood front moves at only about one kilometre a day taking four months to progress from Mohembo in northern Botswana to Maun.